During our move I ran across this book, You Are Special by Max Lucado. I knew I’d saved the book for two reasons. First, Alex’s second grade teacher Mrs Warner had given it to him as a gift. Second, Max Lucado happens to be on of my favorite authors.

In this particular Children’s book, he tells the story of a Wemmick named Punchinello. The Wemmick’s are wooden people made by a woodcarver named, Eli. The Wemmick’s spend their time giving each other gold stars or gray dots. Gold stars are for those who are excelling, beautiful, strong and the grey dots are for those who are weak, ugly, not measuring up to the Wemmick’s standards of living. Punchinello is one who feels unworthy, unloved, forgotten. His body is covered with gray dots. In fact, he never seems to measure up and it cause him great anguish. “After a while he had so many dots that he didn’t want to go outside. He was afraid he would do something dumb such as forget his hat or step in the water, and then people would give him another dot. In fact, he had so many gray dots that some people would come up and give him one for no reason at all.”

The only time he felt ok about himself was when he hung around Wemmick’s who had lots of dots.

One day he meets a Wemmick unlike any other. She was dotless. In fact, every time the people would try to give her stickers, they just fell right off. They had no stick.

Immediately, Punchinello wants to be like her and so he asks her how she did it.

Curious he asks why and her response is classic, “Why don’t you find out for yourself.”

When Punchinello finally decides to go see Eli, he is overcome with delight. Eli calls him by name, tells him how special he is and that when he get to the point where he decides to care more about what Eli, his maker, thinks about him, than others, his dots will begin to loose their stick.

Eli says, “The stickers only stick if they matter to you. The more you trust my love, the less you care about the stickers.”

While this a Children’s book there are so many rich truths for us.

I’m not sure about you but I know there have been many tines in life where I’ve allowed what others thought of me to influence decisions I’ve made. There are times when I’ve felt unloved, unworthy, and forgotten. So, I am preaching to the choir.

God wants us to come to Him when we feel this way. When we’ve allowed ourselves to care more about what others think of us than what He says and thinks about us. When we’ve allowed our circumstances to mar our thinking. He wants us to know, we are His. He made us. He knows us more intricately than we know ourselves and He loves us with a measure that is so deep and wide, nothing can penetrate it. We are the ones who separate from His love. He never removes His love. It’s always there for the taking.

If you don’t believe me, find out for yourselves. Here are few scriptures to get you started.

“Keep me as the apple of your eye; hide me in the shadow of your wings” Psalm 17:8 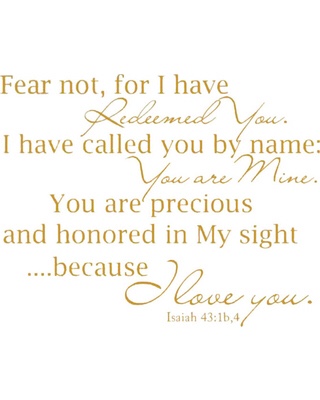 “Your hands made me and formed me; give me understanding to learn your commands. “. Psalm 119:73

The truth is, when we begin to understand the depth of His love for us, it changes everything for us.