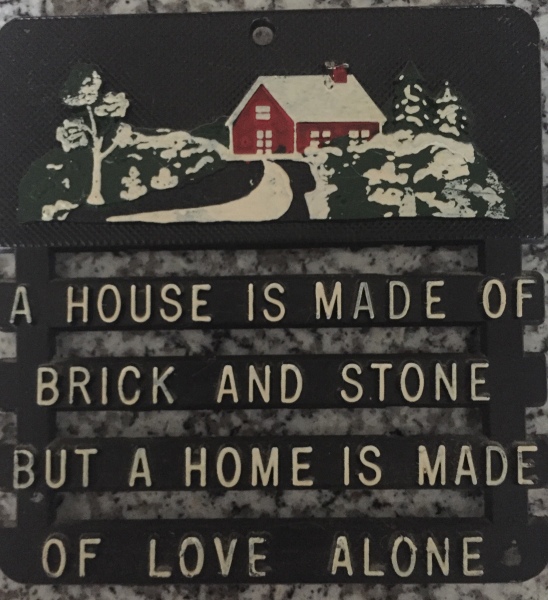 Don’t feel like you’re the only one who’s not heard, not many have. Only a few selected, who were more on a need to know basis, and those we needed to tell before the news broke, were in the know of what I am about to tell you.

After four years of renting and three years of searching and praying, God opened the door for us to purchase a new home. However, the new home is not in our beloved Hendersonville. It is in Landrum, SC.

Why in the world would we move from Terry’s hometown and my home of 26 years and the place where we raised four children?

Second reason, the homes and land in our beloved Hendersonville have escalated to an incredibly ridiculous rate. The homes that would be affordable for us would require an additional $50-80k to remodel, which would extend us way beyond our price limit. And with Terry hoping to retire in 3 years, we have to be smart about our choices.

For the past decade or so, we have talked and discussed the option of moving to SC Considering mostly the Greer/Travelers Rest area, mainly because the proximity to Highway 25.

In the past year and half, we made offers on two houses in Greer. I got cold and clammy feet and we backed out of both deals, much to Terry’s disappointment and dismay. I deflated him and his eager optimism. I just knew neither option was right for us. I couldn’t fit a square peg into a round hole.

We’ve always known about Landrum. Heck, I basically grew up here. Lived in Columbus, NC, approximately 8 miles away from Landrum. One of my dearest of friends, Ashley, lives in Landrum and has since she was born. It just wasn’t a consideration or on our radar. Until.

On one of our weekly adventures of house hunting, we drove through Landrum. We knew about the neighborhood here because a lady who purchased one of our homes in Hendersonville moved here. We had been through the neighborhood several times before. This time was different. This house caught my eye.

The first time we walked in, it felt homey. Although it was a new construction. I could see us here. We looked a few more times and made an initial offer. It was accepted. However, we weren’t comfortable with the first lender we chose, I will not mention names but I will say, he was trying to overcharge on interest and fees. We backed out.

Called our friend Gerald, who works for First Citizens Bank in Landrum. We told him of our plans but asked him not divulge our plans because of the uncertainty surrounding them at the time.

Then Ned’s condition worsened and we dropped the whole idea. I actually have the email sent to the agent telling him, “We can’t do anything right now. My dad’s condition has worsened and I am needed here. If the house is still available when he passes, we will most likely pursue it again”.

After Ned died, within about two weeks, Terry noticed the price of the house had dropped below what our initial offer was. He said, “Let’s go look again”.

We did and we prayed. We asked God to lead and guide us. To direct us and make our path clear. He did. We made another offer and it was accepted.

We brought Mom down to show her. She loved the house. Although the thought of us moving caused her anxiety. At times, I think she was feeling like we were just going to abandon her. I had to remind her that I wasn’t moving a world away. Only 15-18 minutes further away than our house in Hendersonville.

As we moved through the process, I never doubted we were doing the right thing. I was unsettled and didn’t want to say anything just in case something fell through or I got cold feet and stopped the process. It had happened previously and I am a woman and emotionally charged at times, all things are subject to change. All things……

In fact one week prior to closing, I had resigned myself to the fact that God was going to stop the process. For weeks, everything had been at a standstill, and knowing full well that we had to close out by the end of January, the envelope was being pushed. Until, Tuesday, January 23 both the lender and lawyer confirmed our closing on January 31.

Suddenly, my heart sank into my chest and anxiety took over. I told Terry every reason I could conjure up why we shouldn’t go through with the move. I cried like a baby. He looked at me and said, “You know if this is going to cause problems for us and you don’t want to do it; I’ll back out now.” The earnest in his voice, coupled with the mere truth that God had been directing our path, quieted my anxious emotions. Then I began telling him all the reasons I knew this was the right thing to do. As I began verbalizing how God led us to this place and how every detail was working itself out, a calm assurance washed over me and I said, “How can I not go where God is leading? I would rather have a little anxiety over the thought of change than not walk in obedience to Him. Been there done that and it’s not a good place.”

So, on January 31, 2018, we closed on our house in Landrum and with the help of family and dear friends, we moved in on Saturday, February 3. It has been hurdle upon hurdle since moving in. I’ve barely been at home three full days. However, as I finish this up today, Terry and I are sitting on our quaint screened porch, sipping coffee, listening to the birds sing and I know I am home.

In the book Paul A Man of Grit and Grace, Charles Swindoll writes the following: 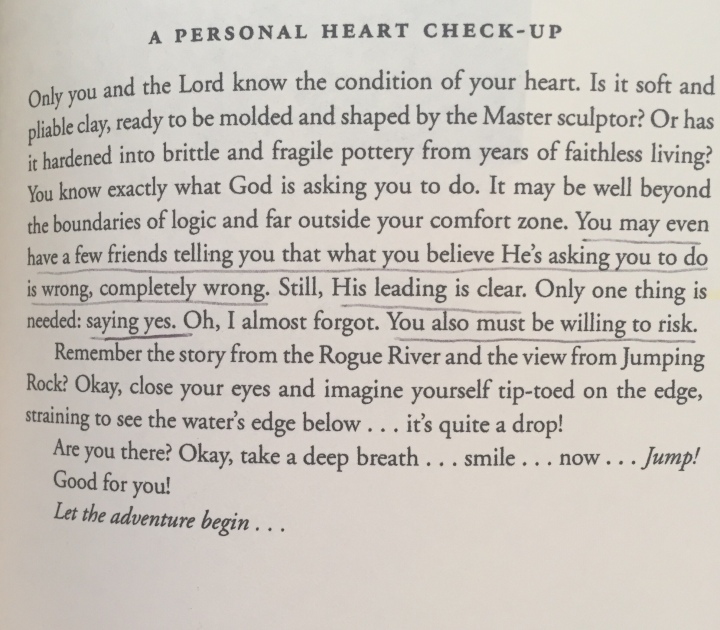 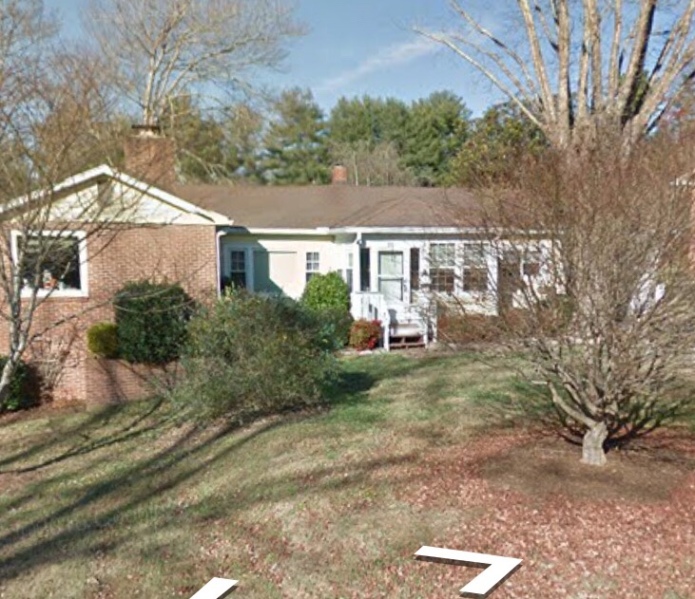 After meeting Thelma, everything started falling in place.  We started talking more about getting married and what that would look like.  The most important thing for Terry was that we had a house to live in, especially since our current living conditions would not make for a great start to our “new family”.  (The boys and I lived with my parents.  Terry lived with Thelma)  Both of us knew that living with our parents along with 2 boys would not work.  So Terry began the house search.  Little did I know that almost every Sunday after lunch, we (Terry, myself, Ryan and Matt) would be riding around looking at houses!  Sometimes it was fun, and other times it wasn’t.  Just ask Ryan and Matthew how much they enjoy “house hunting”.

Finally, after much looking and frustration, Terry found a house he wanted to look at but he didn’t take me with him the first time.  The funny thing about the house and the whole reason he wanted to go look at the house was because it had no washer and dryer hook-ups.  In other words, curiosity got the best of him.  When he previewed the house with our realtor, the homeowner just happened to be at home.  Strangely enough, the homeowner requested to be present at all showings because they wanted to know who was potentially buying their home.  Of course, Terry knew the homeowners, not only did they own Miller’s laundry (hence no washer/dryer hook-ups), but they knew me as well.  As Terry was completing his preview of the home, Mrs. Miller looked at him and asked, “So are you going to marry Kelly?  Is that why you are looking for a house?”

Caught a little off-guard, Terry replied, as only he can, “You never know.”  (Oh my gosh, even writing this makes me chuckle, even after all these years.)

During some of our rather long conversations, we both realized we were carrying a lot of baggage from our previous relationships.  Things that he did or said would sometimes just send me over the edge and cause me to fly off the handle. One of the things that irritated me the most was when I was trying to plan something and I would say, “So are you coming or not?”  The response at least 95% of the time would be, “Well I might.”   Which means “no” in Terry’s vocabulary. It took me months to realize that he was very non-committal especially when it was something he really didn’t want to do, and again I realized that he was so dang stubborn that I was not changing his mind.  Believe me, I tried every trick I knew to try to guilt or persuade him to do what I wanted him to do…nothing doin’  his mind was made up and it wasn’t changing (guess that’s where our kids get their stubborn streak ) Dang it, even the crying didn’t phase him. (Revelation:  You can’t put Terry on a guilt trip.  It just doesn’t work. If anything, it makes him more stubborn and determined)

The problem with him being so non-committal worried me because I kept thinking, “Well, what makes me think he will commit to you and two boys.” However, there was something even deeper within my being that told me “This guy is completely trustworthy.  He is faithful and he is committed.”

After another couple of looks at the house and  a few others, Terry opted to make an offer on the Longview house.  His offer was accepted and so now, he had a house.  To this point, marriage had been a prominent subject, but there had still been no proposal, much less a wedding date.  The closing on the house was scheduled to take place on December 7, 1994.