Our day began by taking Amy to Southern Manners for breakfast. Terry can’t handle the pressure and decides to order a large, fresh cinnamon roll. After breakfast, we came home and packed our bags. Helped Amy get her car.loaded and took off in different directions. Amy heading back to school for her final hooray. Terry and I headed to Charlotte.

About four months or so ago Terry announced, ”America is playing in Charlotte and we are going. I’ve already bought tickets. Spared no expense and got us great seats.”

After checking in to the Hilton Garden Inn, we ventured out for a little snack. About two blocks up from the hotel we.saw.this French bakery and cafe, Amelias.

It certainly did not disappoint in ambiance and flavor. Food was excellent and reasonably priced for the quality.

After a little rest, we trekked back to Epicenter to check out Blackfinn. Our waitress, Jessie, took our drink order. While waiting, the manager, who we saw upon arrival came by our table. Terry started talking to him about his hat. And he asked,

He laughed and said, ”Yes but you want to try it on?”

Next thing I knew Terry had the hat on his head and Zach is introducing himself to us.

We decided on a couple of appetizers, fried deviled eggs and shrimp and crab dip. Both get a thumbs up. Tasty and delicious.

Jessie suggested we ride the Lynx to NoDa and go to Haberdish. Then take a Lyft from there to the concert.

I am a huge fan of public transportation in big cities. It’s the best and most efficient way to travel, in my humble opinion.

When we arrived at Haberdish, we looked over the menu but weren’t able to commit to any food, except another appetizer. This time we chose, Biscuits and Bacon Jelly. 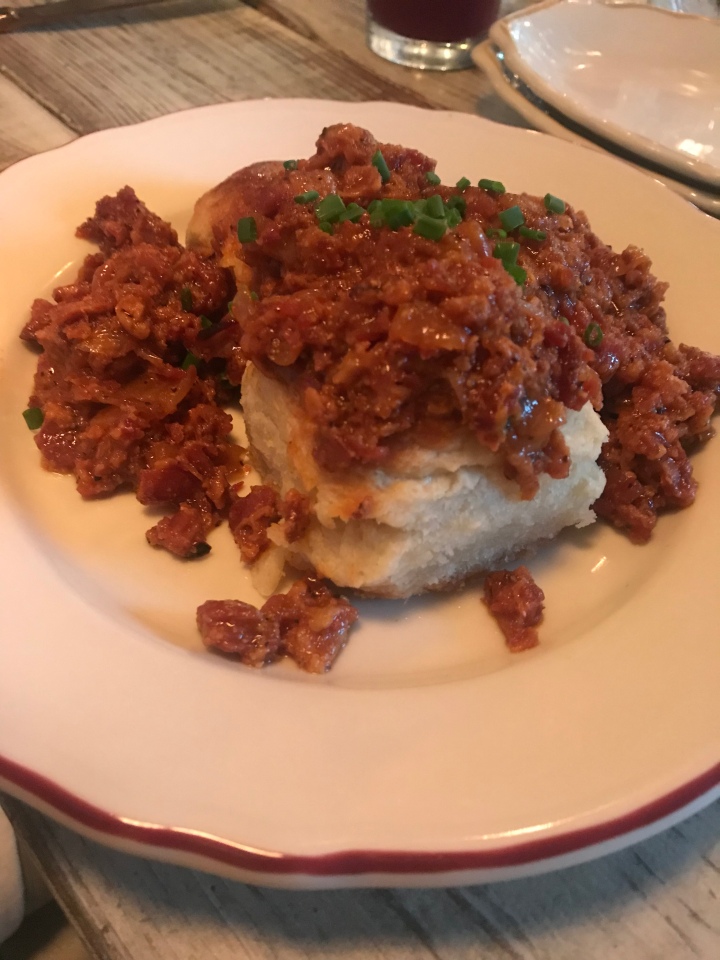 Again, we were not disappointed in the least. Well, maybe a little disappointed that we couldn’t find room for their food. The atmosphere proved to be stellar as well and rest assured, we will make a return visit there.

Our Lyft delivered us safely to the Ovens Auditorium. We had about thirty minutes before the opening act. Terry went off to the bathroom and I sat down beside this couple.

As you know, I’m not usually lacking for words so I struck up a conversation with them. By the time Terry returned and we all were conversing we learned that he was Dale Earnhardts personal barber, Steve Ellsworth (look him up)!

Finally, it was showtime!

The opening act, Michael Tracy, out of Charlotte! To be honest, he is definitely worth a listen. I was uncertain at first but after his thirty-minute opening act, I was sold. 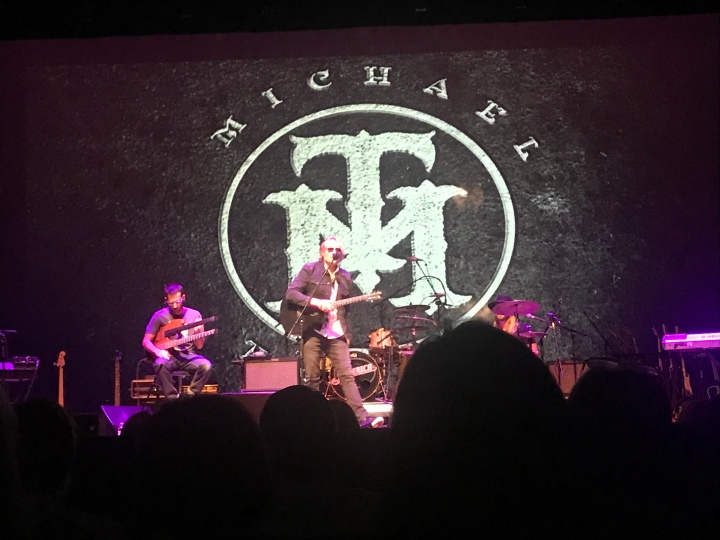 Then after a.thirty minute intermission,

America brought the house down. Their opening song, ”Tin Man.” Can I just interject, from start to finish, they entertained and rocked the crowd? By all appearances, it was a sold-out performance. To he honest, we had such good seats,

I couldn’t see the whole balcony.

When Terry said the seats were primo; he was being truthful. We were literally five rows from the stage and our seats were in the center!

After playing for a solid hour and a half the concert ended with ”A Horse With No Name” Absolutely the best song to end on. 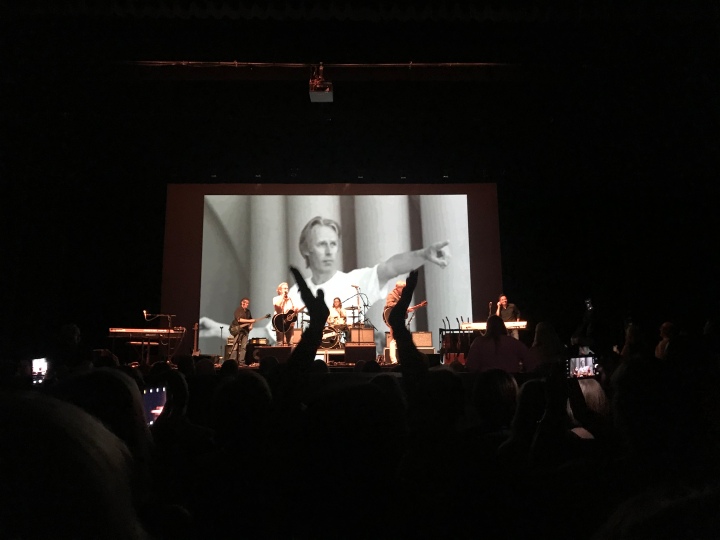 Our Lyft driver came promptly and transported us back to our hotel.

This morning we decided to venture out to the Epicenter for breakfast. We chose the Red Eye Diner. A classic breakfast. Good and reasonably priced,

We left the hotel and ventured.to the Billy Graham Library

A place I’ve itched to go for years!

Again, it did not disappoint. Truthfully, it was the cream of the crop.

From the time we entered until the time of our departure, there was a quiet calming peace, indescribable.

If I gleaned nothing else, the simplicity of. the message Billy Graham always preached spoke to the heart of millions. He never took away from or added to the Gospel.message. Jesus, born of a Virgin, came.to save! We are all sinners. Today is the day of your salvation. You are not promised tomorrow. Today is the day of salvation. What a magnificent proclamation of the Gospel! 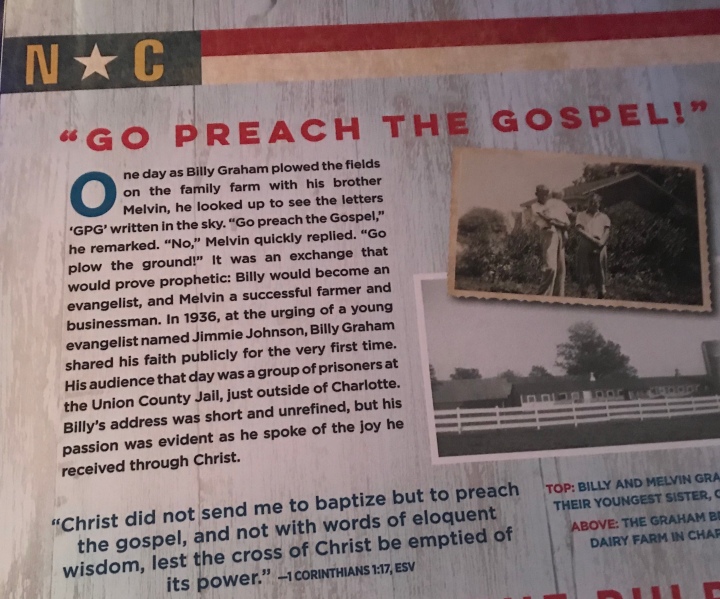 If I could sum up those thirty-six hours of our lives, I would say ”Amazing and some of the best of our married lives.”

A perfect city view from our hotel window